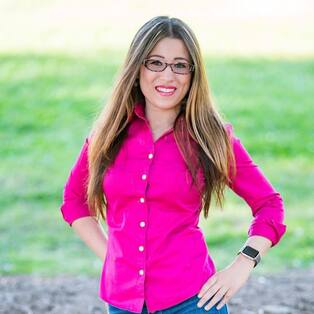 Dani Bowman (BFA, MBA) founded her company, DaniMation Entertainment, at age 14. She has worked professionally in the animation industry since 14. Bowman has premiered 9 award-wining animated short films, a PSA, and a music video at San Diego Comic-Con each year for the past 8 years. Her shorts feature the voices of Joe Mantegna, Tom Kenny (Sponge Bob), June Foray, and Stella Ritter in addition to other voice actors on the autism spectrum.  Knowing the special talents of people with autism, Dani employs others on the spectrum at DaniMation Entertainment as musicians, artists, and voice actors. Dani utilizes her six passions of Autism Advocacy, Public Speaking, Animation, Illustration, Fine and Visual Arts, and Teaching Animation to show young adults on the spectrum and with other disabilities that anything is possible and inspire them to leverage their unique ability.

Since age 15, Dani has led summer animation camps around the country, initially with Joey Travolta’s Inclusion Films, and then expanding out on her own to teach to over 700 teens and young adults. Dani not only teaches animation, but also works with her students as a role model and mentor, encouraging them to follow their dreams. Her contributions to the autism community have been widely acknowledged from receiving the Temple Grandin Award from Future Horizons in 2012 to being the first American with Autism honored at Anna Kennedy’s “Wear It for Autism” event in London in October 2014.

Additionally, Dani enjoys speaking about autism, the need for self-sufficiency and employment for those with disabilities. Among other speaking engagements, she was the keynote speaker at the Ohio Center for Autism and Low Incidence (OCALICON) 2014, the Oklahoma State Autism Conference (OSACON) in 2015, and the Alaska Autism Roadshow in 2016 and 2017.

Dani is also the "Overseas Ambassador" for Anna Kennedy Online. She was honored from the AKO's Autism Hero Awards in 2017.

Let's keep in touch!
Powered by